Greenwave Systems and the IoT Guru 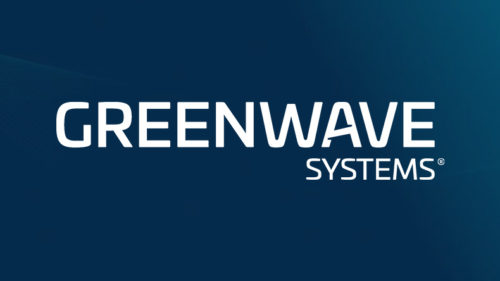 Life is all about connections for global Internet of Things (IoT) software and services company Greenwave Systems®. Greenwave’s AXON Platform® easily manages a diverse array of IoT devices to provide a seamless connected experience and enable simple, frictionless deployment of managed IoT services. Greenwave wanted to raise its visibility as a unique IoT growth facilitator and worked closely with Sterling to create a “personality” to drive home the company’s IoT expertise in ways that would not only enhance industry awareness, but also drive traffic and sales.

Greenwave is a company of IoT experts, with no particular “thing” to promote or sell. The company does not produce “smart” gadgets; rather Greenwave partners with OEMs and telecom heavyweights, providing the software and design technology that permit smart IoT endpoints to connect, communicate, and function. How do you promote an ingredient brand without the hefty marketing budgets of an Intel or a Dolby? You leverage to the hilt what you DO have.

Since deep IoT expertise was a core differentiator for Greenwave, we decided to enhance corporate visibility by developing a thought leadership campaign centered on Greenwave’s Chief Scientist and Technology Evangelist, Jim Hunter, known on social media channels as “@theiotguru”. Our goal was to uncover and create great opportunities for Jim to share his charisma, deep industry experience, and natural storytelling skills. We positioned him as an interesting IoT polyglot with informed opinions on a broad array of industry issues.

As Jim’s reputation grew, Sterling strategically used social media to target key IoT influencers and draw attention to Jim’s content. For example, our efforts on Twitter had a huge impact on the success of Jim’s Hierarchy of IoT “Thing” Needs article, published in TechCrunch. By timing tweets and creating eye-catching headlines, we created an environment ripe for other thought leaders to share Jim’s work with their sizeable follower bases. Check out these stats:

And we pumped Jim’s story up with great visuals, because when you’re on stage, visuals matter. A lot. Given this, Sterling developed a video to serve as a backdrop to Jim’s talk track at IoT World 2015. This video was further leveraged when Jim spoke at Web Summit, and served as an effective way to discuss Greenwave’s disruptive AXON Platform at CES 2016.

Since implementing the thought leadership platform in 2015, Jim has spoken at more than a dozen industry events across the globe, bringing valuable visibility to the Greenwave brand. We’ve also placed Jim’s content in TechCrunch so often that he has become a known and respected TC contributor, with articles posting roughly every other month:

Jim’s consistent presence and respected views on the industry earned him the distinction of being included on this list of the top 50 tech writers to follow in 2016. More importantly, his continued recognition helped drive increased traffic to Greenwave and established its leading status in the IoT space, as evidenced by the IoT Awards’ 2015-16 Editor’s Choice Award for breakout IoT startup as well as Broadband World Forum’s Most Innovative IoT Solution in 2015.

And Jim’s thought leadership has paid dividends on Greenwave’s social media channels as well, driving higher engagement, a greater number of followers, and overall visibility for the company. Here’s a look at Greenwave’s growth in social presence from 2015 – 2016:

No comments to show.