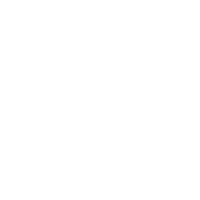 The science of good stories

“The human mind is a story processor, not a logic processor.”
— Jonathan Haidt

Human beings love stories. In fact, we may actually need them. To prove the point, ask anyone if they’ve seen a good movie or read a good book lately — and watch their face light up as they respond.

Why? Our collective instinct for story is a survival skill.

“Humans don’t have sharp fangs, thick hides or blinding speed; our evolutionary advantage has always been our problem-solving ability, and in particular, our ability to solve problems as a group,” writes UX strategist Carl Alviani. “This tendency to cooperate creatively at large scale … has featured prominently in every major advance we’ve made as a species … shaped by common goals shared by large numbers of people.”

Common goals, as we’re learning, are built with stories.

A well-told story causes a chemical reaction in the brain of the listener, releasing hormones that cause actual changes in behavior and emotion:

Turns out, a good story generates the neurotransmitters necessary first for awareness, then for arousal, and finally for empathy. Tell that story well enough, and your audience is paying attention, enjoying the experience, and has enough oxytocin to make the brain more receptive to feel trust. As myriad studies reveal, trust is even more important than facts in forging partnerships and securing allies to achieve goals.

Whether you’re developing a personal brand or building your organization’s public presence, having a good story is a powerful way to win friends and influence people.

Helping to craft good stories with our clients is one of our favorite services at Sterling. Our process can take many forms, but it’s always revelatory — and generally a lot of fun. Here’s one exercise we sometimes use to help our clients frame what makes a good story:

Pretend you’re pitching a movie about yourself to a Hollywood studio. You have one sentence with 30 words to get the job done. It’s called a logline — the pitch before the elevator pitch — and it requires five elements:

Here are three logline examples from films you may know:

This exercise is not meant to hype you or your organization beyond recognition, nor to turn your best (or worst) moment into film fodder. Rather, it’s designed to help you discover how you might ignite that story-fueled chemical reaction as an entry point into important conversations. A foot in important doors. A voice at important tables.

Give it a try! And reach out to us at go@sterlingpr.com if you’d like to learn more about the power of good storytelling.